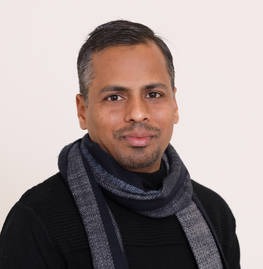 Bhavya Srivastava is a veteran journalist specializing in religion news. He is also a founding member of the International Association of Religion Journalists. He has worked with leading TV News channels and produced numerous shows related to religion and spirituality. As a student of sociology, social development and role of religion, he has developed strong relations with interfaith leaders and covered issues addressed by Interreligious programmes and seminars. He has attended several international seminars in the past and has written on religious issues for media groups. He manages a website of all religions and has been awarded by many social organizations for his dedication. He wants to change the perception of religious leaders from preachers to change-makers.

29 Nov, 2018
Bhavya Srivastava: “This has been a blessed opportunity”