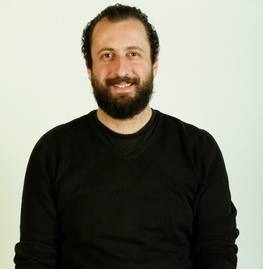 Bashar Rahme holds a master's degree in Islamic-Christian relations from the Saint Joseph University in Beirut. He studied political science at Damascus University and expanded on the subject of international relations. He lived during the violent events in Syria and was influenced by the impact it had on people so he started working in the educational and psychosocial support fields with trauma survivor kids and help them reintegrate their new communities.

Bashar lived nearly a year in Egypt and worked with humanitarian associations there. Afterwards, he moved to Lebanon where he chose to study Islamic-Christian relations because he witnessed the importance and the influence of religions on human relations especially in the MENA region.

He looks forward to a world in which humankind is able to remove barriers of discrimination and prejudices and to move towards familiarity and participation with joy.