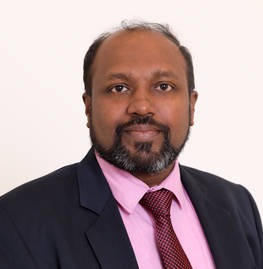 A.M. Mihlar is a doctoral candidate at the University of Peradeniya, Sri Lanka. He holds a Masters in Arts and received an M.Phil. with a gold medal in Comparative Religion from the International Islamic University, Islamabad, Pakistan, where he also teaches Comparative Religion. He also taught at the University of Colombo as a Visiting Lecturer in Arabic and Islamic Civilization. His extensive study in Islam and other religions in comparison have earned him wide recognition in Sri Lanka as a renowned Islamic academic. Mihlar has been a strong proponent of interreligious dialogue and researched extensively on the topic.

Mihlar holds a Post Graduate Diploma in Islamic Finance from the International Islamic University, Islamabad, Pakistan and a Post Graduate Diploma in Labour Relations and Human Resource Management from the University of Colombo. He has published widely on Islamic Finance, comparative studies on Islam and other philosophies and Social Sciences. He also worked as a research supervisor in private universities, and has been a visiting lecturer and resource person at many forums and events. He is presently the Vice Principal of Zahira College, Colombo.