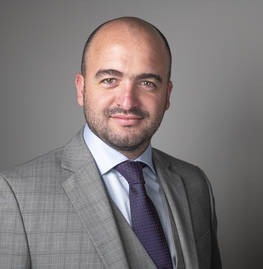 Alejandro Williams Becker was born in Salta, Argentina, in 1988. He is a Lawyer, and holds a bachelor’s degree in political science, as well as diplomas in human rights, and in public policies for motherhood and early childhood from the Pontifical Catholic University of Argentina (UCA) in Buenos Aires and is currently a master’s student in biomedical ethics.
With a long experience in NGOs, Alejandro has been the Executive Director of the Interreligious Dialogue Institute of Argentina since 2016. He has co-organized and taken part in interreligious encounters in Argentina, Chile, Italy, Panama, Portugal, Russia, Israel and Canada and has been a lecturer in conferences in Argentina, Chile, Vatican City, Turkey and the United States.
In addition to his interreligious dialogue activities, Alejandro teaches undergraduate and graduate students at UCA, and works as an adviser at the Buenos Aires city government in social dialogue. He is also a researcher at the Institute of Bioethics, Person and Family and worked for more than 5 years in the national judiciary.
Alejandro was invited to present in human rights law debates at the Argentinian National Parliament in 2013, 2018 and 2019, and has been awarded prizes by the Buenos Aires Provincial Senate, the Latin American Rabbinical Seminary and the Pontifical Catholic University of Argentina.