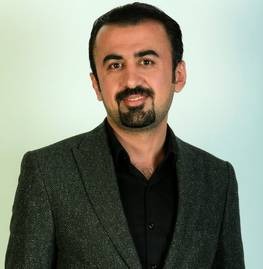 Adam Jabar Abdullah holds a doctorate in speech science and Islamic teams. He taught at the Faculty of Islamic Sciences, University of Salahaddin and has been a lecturer at the Faculty of Babylon of philosophy in theology since 2015.

He has been working in the media since 2003 as a freelance journalist and member of the editorial board of several newspapers and magazines. He is involved with several associations such as the Islamic Thought Forum in Kurdistan, Friends of the Book Society and is a founding member of the Omid Association for the Elderly.

Moreover, he participated in the implementation of a number of projects related to minorities and peacebuilding. For instance,  the project of the anniversary of the genocide in Sinjar that resulted in the issuance of  a fatwa from the Mufti of Egypt and another from the Jordanian Ifta to condemn this crime in  2015.