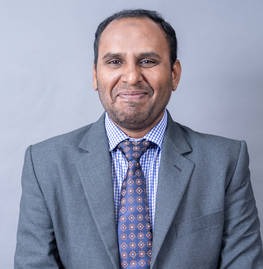 Dr. Aboobacker Rameez has been working at the South Eastern University of Sri Lanka for the last 13 years. He completed his degree in sociology from South Eastern University, and obtained a master’s degree in sociology from the University of Peradeniya, Sri Lanka. He also completed a postgraduate diploma in peace preparedness and conflict resolution conducted by the University of Bradford, UK from 2007-2009. In 2014, he completed his PhD at the National University of Singapore. His research interests include social issues, race and ethnicity, peace education, and inter-faith/religious dialogue. During his academic career, Rameez has been widely involved in the activities related to peace and reconciliation, and interreligious dialogue through writing and dialogue. He is currently a member of Inter-Religious Leaders Forum in Ampara district, Sri Lanka, which holds monthly meetings to discuss issues pertaining to interreligious relationships and organizes certain programs that advocate unity and reconciliation in the district. Among his notable publications is Racing against the Odds: Dynamics of Identity formation of Malays in Sri Lanka (Islamic Book House, 2017).In addition, he is actively involved in many social and voluntary projects including charity projects that support the poor and those who are economically and socially underprivileged. He is motivated by the motto, “All human beings are equal, regardless of color, class, caste or religious difference”.