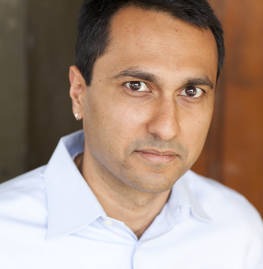 Eboo Patel was named by US News & World Report one of America’s Best Leaders of 2009. Eboo Patel is the Founder and President of Interfaith Youth Core (IFYC), a Chicago-based organization building the field of interfaith leadership. Author of the books Acts of Faith, which won the Louisville Grawemeyer Award in Religion, and Sacred Ground, Eboo was an online religion columnist for the Washington Post and also contributes to USA Today, Huffington Post, National Public Radio, Sojourners, the Chronicle of Higher Education and CNN. He served on President Obama’s inaugural Advisory Council of the White House Office of Faith-based and Neighborhood Partnerships and holds a doctorate in the sociology of religion from Oxford University where he studied on a Rhodes scholarship. His work with Interfaith Youth Core has been profiled in the New York Times, the Chronicle of Higher Education, the Chicago Tribune and the Christian Science Monitor.